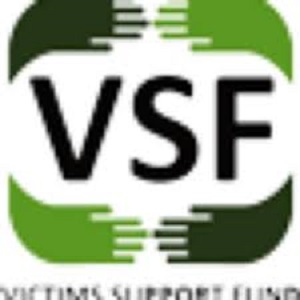 The meeting was organised to discuss and validate the findings and outcomes of the Conflict Analysis Workshop which was held earlier to help gain an adequate understanding of the actors, issues, underlying interests, and dynamics of the Boko Haram triggered conflicts in the northeast for the formulation of appropriate strategy and intervention.

The executive director of Victim Support Fund Professor Sunday Ochoche said that the aim of the peace-building project is to promote peace and reconciliation among communities in the affected areas by strengthening existing community reconciliation mechanisms that would prevent reoccurrence of violent conflicts and enhance durable peace in the States affected by the insurgency.

Stressing that VSF has been for long rendering humanitarian services to communities suffered Boko Haram’s devastations by rebuilding schools, hospitals together with University of Maiduguri Teaching Hospitals for any emergency purposes and other public faculties such as local govt. secretariats, 20 schools and have supported over 15000 children with other necessary requirements, as well helped famers with tractors, fertilizer among others in Adamawa, Borno and Yobe states respectively.

Adding that the Victims Support Fund still continues in its efforts to administer effective and appropriate support to the victims of insurgency in affected communities.

His Royal Highness the Emir of Askira Mai Akirama III who was the father of occasion has commended the peace building efforts of Victims Support Fund and delivering other essential, tr services to his people, state and the region at large.

He said over 90% of his people have returned home and 95% of the Askira town reconstructed however the police station , military barrack as well mobile police formation have all been burnt down to foundation.

The meeting has been participated by commissioners, religion and youth leaders, Police commissioners, Commandant of Nigerian Security and Civil Defense corps, DSS, Civil Society Organization, Traditional, and women Community Leaders, Scholars among others.