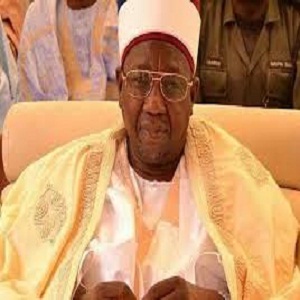 No Council Area Under Control of Boko Haram – Shehu of Borno

The Shehu of Borno, Alhaji Abubakar Ibn Umar Garbai El-Kanemi, has said no council area is under the control of Boko Haram, as returnees have commence

The Shehu of Borno, Alhaji Abubakar Ibn Umar Garbai El-Kanemi, has said no council area is under the control of Boko Haram, as returnees have commenced farming and fishing activities in liberated communities.

The six emirs that migrated to neighbouring states also returned to Maiduguri, the state capital, before moving to their rebuilt palaces in Bama, Gwoza, Dikwa and Askira.

El-Kanemi disclosed this last, when he paid a Sallah visit to Governor Kashim Shettima at Government House in Maiduguri.

The Shehu of Borno, who noted that peace has returned after nine years of the insurgency in the state, said no single local government area is under the control of Boko Haram insurgents.

The four council areas of Abadam, Kala/Balge, Guzamala and Marte in Borno Emirate Council, which were inaccessible last year have been liberated by the military.

He said that most of the Internally Displaced Persons in camps have also returned to the liberated council areas in northern Borno.

The Shehu lamented that during the insurgency, several district and ward heads were killed, including some of his relations at the Maiduguri palace but however, thanked the governor for services rendered to his people.

Governor Shettima thanked the monarch for his sacrifices and steadfastness throughout the period.