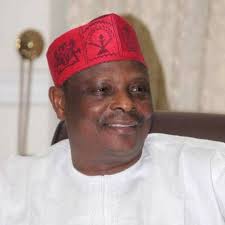 The aggrieved members of the APC under the leadership of former governor of Kano State, Senator Rabiu Kwankwaso, had decided to pull out and form the APC, a decision the newspaper said would be announced by Friday.

Announcing the formation of the faction at a crowded press conference Wednesday in Abuja, Galadima said the group had activated its parallel structures from the national to the ward levels, stating that the new leaders at those levels would soon be made public.

The news conference was attended by many APC leaders, including the former National Chairman of the New Peoples Democratic Party Alhaji Kawu Baraje, who emphasised that the group remained bona fide members of the APC, explaining that the import of their action was that the party had split into two.

The development obviously would enable aggrieved members of the APC in the federal and state legislatures to switch allegiance on the grounds that the party had split into factions.