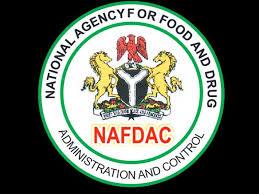 The National Agency for Food and Drug Administration and Control (NAFDAC) in Nigeria has warned the public against the consumption of Penguin brand of mixed vegetables, to avoid being infected with Listeriosis, caused by bacteria called listeria.
Consumption of contaminated food is the main route of transmission to humans and animals, and can lead to fatality. Director-General Prof. MojisolaAdeyeye in a statemen advised

the public to submit all imported frozen mixed vegetables of Penguin brand, manufactured between 13th August 2016 and 20th June 2018, to the nearest NAFDAC office.
The International Food Safety Authorities Network (INFOSAN) had earlier alerted the Directorate of Food Safety and Applied Nutrition (FSAN) of NAFDAC of the outbreak of Listeriosis in some parts of Europe.

Thereafter, the European Rapid Alert System on Food and Feed (RASFF) confirmed to the agency that the compromised frozen mixed vegetables were shipped to Nigeria.
The team carried out the nationwide investigations in Lagos, Port Harcourt and Abuja and recovered a total of 3,300kg of the implicated product, then isolated by the agency for destruction.