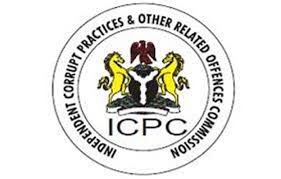 The Independent Corrupt Practices and Other Related Offence Commission has begun tracking of 22 constituency projects worth N1.68 billion across Gombe

The Independent Corrupt Practices and Other Related Offence Commission has begun tracking of 22 constituency projects worth N1.68 billion across Gombe State.

The team leader of the exercise Bauchi State office, Superintendent Laban Rakumdisclosed this during a Constituency and Executive Projects Tracking Group meeting held in Gombe.

Rakum stated that the projects to be tracked would cover from 2016 to 2019, and the amount budgeted for them was N1.68 billion, while the contracts were awarded for N1billion.

The ICPC official stated that the primary objective of the exercise was to ensure the satisfactory execution of all constituency executive projects, as well as to obtain value for money from the treasury.

They have the mandate to investigate fraudulent procurement practices in the award of contracts for constituency or executive projects and other projects with potential to impact lives of ordinary Nigerians.

According to him theexpected outcome is to improve delivery of social welfare services to the citizens, and to ensure value for money in execution of public projects.

He also added, the exercise which will be carried out in collaboration with other stakeholders like Civil Society Organisations, Nigeria Institute of Quantity Surveyors and the media is expected to last four weeks.

Rakum said that the exercise was taking place simultaneously in 16 states, including Gombe State, and this was the second phase of the initiative by the Commission.

Dandal Kura Radio International correspondent in GombeState Rabilu Abubakar gathered that highlights of the meeting include stakeholders’ interactive session which featured questions, suggestions and recommendations, all aimed at enhancing the exercise during field trips to communities.