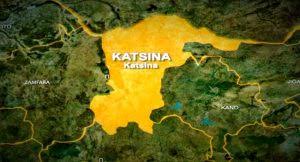 Chief of Army Staff, Lt.-Gen.Tukur Buratai, hundreds of soldiers in military vehicles, launched another operation to mark the 2020 Army Day, codenamed Operation Sahel Sanity to tackle banditry and terrorism in the Northwest.

Buratai, who flagged off the military operation at Faskari, Katsina State, said the exercise and other ongoing military operations, were meant to restore normalcy and peace in the affected states and Nigeria in general.

He said the Nigerian Army will be conducting Operation Sahel Sanity with the support of other sister security agencies, including the police, DSS and authorities of the affected states.

While the Army was launching the operation, a group of terrorists invaded Yar Gamji village, about 150km away from Batsari Local Government Area around 10a.m. and killed 30 farmers cultivating their farms.

The terrorists estimated to be about 200 stormed the village on motorcycles through the forest areas to launch the attack.

Daily Trust on Saturday reported that as at this week, there are 6,914 internally displaced persons at the three designated camps in Katsina State with 3,260 at Faskari, 3,611 at Dandle and 43 at Batsari local government areas respectively.

Violence in the Northwest region has forced thousands of refugees to flee to Niger Republic. As of 2020, the UN refugee agency reported over 60,000 refugees in Niger Republic.