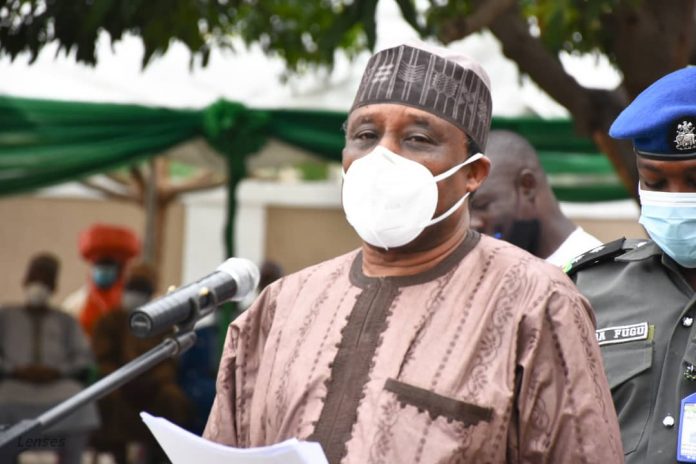 The North East Development Commission (NEDC), said it would collaborate with 6 North East states to breach health challenges in the region. Alhaji

The North East Development Commission (NEDC), said it would collaborate with 6 North East states to breach health challenges in the region.

Alhaji Mohammed Alkali, Managing Director of the Commission stated this at the inauguration of Molecular Laboratory, equipped by NEDC in Bauchi.

Alkali said that the advent of Coronavirus pandemic brought to limelight the huge need to bridge the gap in the health sector at Federal and State levels.

“For the North East region that is gradually recovering from a decade long insurgency, capacity insufficiency to contain COVID 9 is even more evident.

“The challenges in the region include a conspicuous deficit in health workers and hospital equipment when the pandemic was first manifested in March 2020.

“All the states in the North East lack facilities and equipment to manage Covid-19 centres,” the NEDC managing director said.

Alkali further said that the outbreak of the COVID-19 in the North East prompted the commission to support all the states in the area in the fight against the dreaded disease.

He said that the molecular laboratory in Bauchi State was equipped by the commission at the instance of Gov. Bala Mohammed to end the pandemic.

He noted that the molecular laboratory includes the diagnosis of other important diseases hitherto not tested in the state.

He said the project is part of an effort to curtail the spread of coronavirus, the center was established in order to fast track sample testing for covid-19 and other infectious diseases.

“The establishment of the Center became necessary following the difficulties faced by officials of the state in tackling the COVID-19 pandemic considering that samples had to be taken to Abuja and later Jos for testing, a development that was too cumbersome”

“I am happy for this ground breaking ceremony in the state because our efforts as a government have paid off. “The NCDC was approached for permission while the NEDC took the responsibility of equipping the Center and the state provided the structure.

“With the establishment of the Center and commencement of operations, the issue of sample testing for COVID-19 infection will be laid to rest. At this juncture, I want to commend the committee for doing a good job”, the governor said.

Earlier, Dr Ladan Salihu, Chairman of the Centre implementation committee, commended the governor for ensuring that establishment of the facility became a reality.

Salihu, also the governor’s Chief of Staff added that with the commencement of operations at the centre, Bauchi has joined the league of few states with such laboratories in the country.