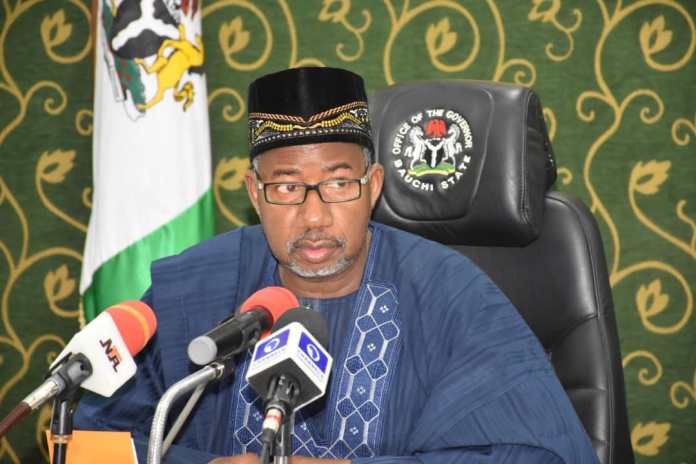 Gov. Bala Mohammed of Bauchi State on Friday suspended the Emir of Misau, the District Head of Chiroma Village and the Village Head of Zadawa i

Gov. Bala Mohammed of Bauchi State on Friday suspended the Emir of Misau, the District Head of Chiroma Village and the Village Head of Zadawa in Misau over a land crisis between farmers and Fulani herders in the area.

Our corespondent reports that nine lives were lost in Zadawa Village in Misau Local Government area and many injured as a result of the clash in the area on Monday.

The governor announced the suspension of the emir and village heads at Government House during the inauguration of a 13-man investigation panel tasked to identify the cause of the clash.

Mohammed said that the suspension was to allow the panel to effectively carry out their assignment without interference.

He said that the suspended traditional rulers were to subject themselves to the administrative enquiry committee.

“Following the receipt of additional petitions that we have at our disposal from some communities, we have decided to suspend the relevant traditional institutions in the area so that they will not interfere with the work of the investigation committee.

“The traditional institutions include His Royal Highness, the Emir of Misau, the District Head of Chiroma (the Chiroma Misau), the Village Head of Zadawa or his representative.

“This officers or traditional rulers are hereby suspended and they will remain in Misau, they are not allowed to go anywhere and they are to subject themselves to the Administrative Inquiry Committee pending the time it is over,” Mohammad said.

The governor stressed that the committee would investigate the cause of the happenings in Misau.

He also directed the committee to look for other communities in the area where such incident was likely to occur due to injustice and abuse of the Land-Use Act, especially lands that were confiscated from Fulani people without due regard to the law.

“I’m indeed convinced with the calibre of this committee, especially its members, they will investigate the root cause of this unfortunate happening and of course other areas i mentioned where this is likely to happen due to injustice and inequality and abuse of Land-Use Act.

“The committee would also look into abuse of land that are reserved and those that are for the Fulani people that has been confiscated without due regard to the law,” he said.

Mohammed assured the people of the state that any person or group of persons found to be directly or indirectly involved in the clash would be dealt with accordance with the laws of the land.