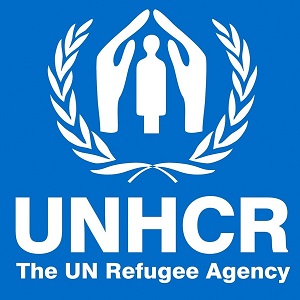 Yobe State Commissioner of Agriculture and Natural Resources, Dr. Hajiya Mairo Amshi has disclosed that the United Nations High Commission for Refugees (UNHCR), has proposed to distribute fertilizer and farming implements to a targeted 450 farmers in collaboration with the American University of Nigeria (AUN) in the State.
She also said the State Government has planned to commence the distribution of fertilizer and farming implements to a target of 33,000 rural and urban farmers across the state during the raining season.
The commissioner stated this during the distribution of farming Implements to about 100 farmers who were part of the 450 targeted farmers in the state that UNHCR promised to distribute fertilizer and farming Implements to in collaboration with the American University of Nigeria(AUN) un Damaturu yesterday.
Hajiya Amshi further explained that the inability for the commencement of the distribution earlier was necessitated by the ministry’s efforts to eliminate middlemen in the distribution process by way of making strenous effort to identify the genuine farmers as beneficiaries first with the support of the community and traditional leaders before the commencement of the distribution.
She said:“One of the reasons for the delay in the distribution of our fertilizer is because we have to get out trusted farmers. We have already gotten 33,000 small scale registered farmers so far.”
“They are registered and we know their locations, their phone nos. We have screened them to be sure they are real farmers. We are trying to eliminate middle men in the distribution of our fertilizer. That is why we are working with traditional rulers to achieve that goal.
The state government will begin the distribution of fertilizers to farmers by next week Isha Allah. I cannot give you the number of tones now because it’s too much or too little to say,” Amshi said.
The commissioner noted also that civil servants who are also farmers in the state will benefit from the fertilizer as the state government has also captured them as farmers.
“Some have over 100 hectares of farm lands. So you can see that it will be injustice for such farmers not to benefit because they are civil servants. For us, we treat every farmer as a farmers period. Some are into crop farming, livestock, forestry etc.
“We did this in two categories, the small farmers and the civil servants to know their farm location using a geo-enabling system and we discovered that most civil servants are into farming. We urge the beneficiaries not to sell the products but to put them into proper use.”, Amshi said.
The Representative of the AUN, Alhaji Usman Sani Chiromari said, “the major objective of UNHCR is to ensure social and economic rights are secured and opportunities for self-reliance maximised”.
“This project is promoting livelihoods and self-reliance through skill acquisitions and empowerment with startups to prevent households and individuals from slipping into poverty and enable them support their communities.
“The target of the project are the vulnerable IDPs, returnee IDPs and members of the host communities affected by the insurgency”, Chiromari said.
Alhaji Usman further said that a total of 450 beneficiaries across Yobe state are expected to benefit from the programme but 50 beneficiaries per batch of 100 beneficiaries were selected for distribution because of COVID 19 rules and guidelines.