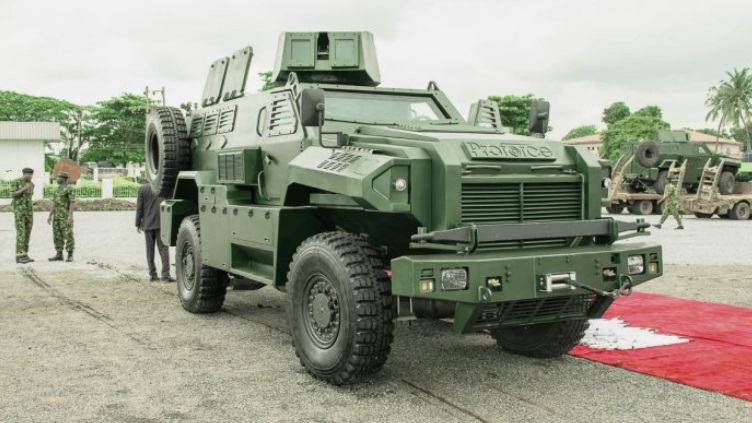 The Nigerian Army has procured and commissioned 55 Buffalo 4-Wheel vehicles to increase the mobility and combat efficiency of its personnel in mission areas, especially the ongoing counter-terrorism and counter-insurgency operations against Boko Haram terrorists and Islamic State in West Africa Province (ISWAP) in the North East.
The commissioning in Abuja was by preterm the Chief of Logistics Nigerian Army, Major General Joel Uniugbe, who represented the Chief of Army Staff, Lieutenant General Tukur Yusuf Buratai.
Uniugbe said this was a strategic directive of the Chief of Staff for the year 2020 to sustain a responsive and professional Nigerian Army in its unrelenting fight against insurgency in the North-East.
The vehicle is an asset and indeed a force multiplier particularly in the North East terrain where the Armed Forces of Nigeria is conducting operations against Boko Haram criminals,”
He assured the public that the Nigerian Army will continue to defend the nation from both the external and internal threats, as well as providing aids to civil authority in other national emergencies.
He commended President Muhammadu Buhari for his committed leadership and support to the Nigerian Army.